Our RAF Regiment 80th Anniversary page is an opportunity to thank, commemorate and celebrate all those who served and are serving in the RAF Regiment. We’d be delighted if you could leave your kind comments for all to see. 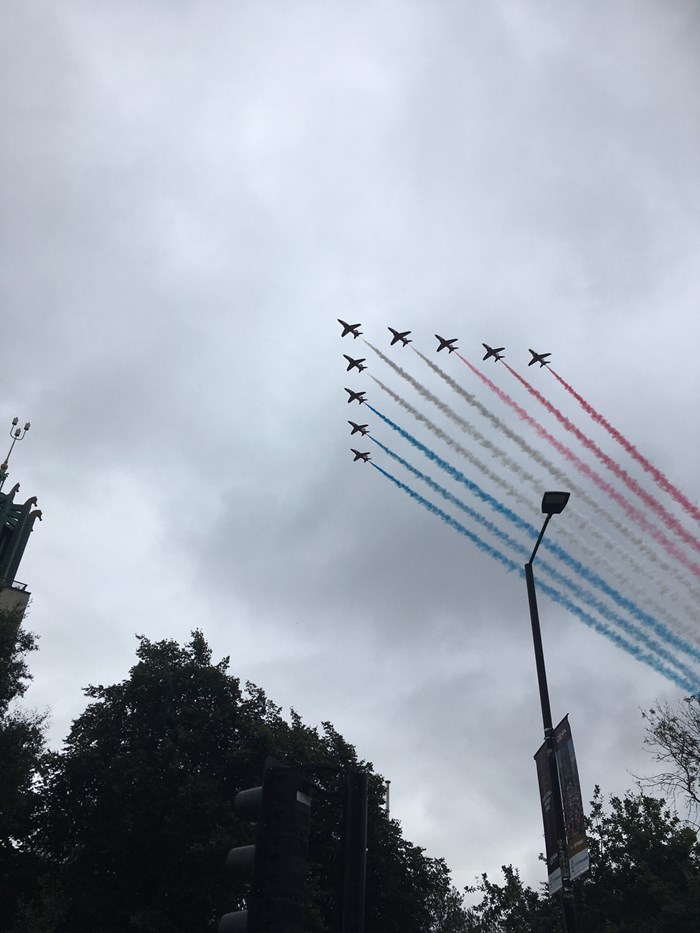 My Dad. Ex Rock Corporal, National Service. Watchet and Padgate. Nasty little fooker, didn’t suffer fools, great plumber and school master in Salford. Loved fishing in Ireland. Created Long Marton Outward Bound Centre from a disused railway station in Cumbria for inner City Salford kids from his school. I lost my best mate in 2001, I miss him so bad it still hurts sometimes (soft tart). I put my ‘mudguards’ in his box when I bid him farewell. See you up there Dad.

My father sadly passed,served his 2 years national service in the RAF after the war,only 2 years but RAF lived on in his heart and brought me up to honour those in that have served in the RAF.

I hope other Rocks knew Big Red. Big smile always laughing even when I accidentally nutted him during a B team football match for 26 at Laarbruch. If you’re reading this Ray remember Belize? The ‘curved fin’ the ‘ nut me nut me nut me’ and ear infections from the outdoor pool. Another lifetime. Hope you’re ok mate. Dig in and ‘smash the yellow birds head’. Per Ardua.

I never met Robert, he was my late Mum's cousin. He was the only son of Robert and Elsie Swan and he died when he was only 19 years old. He had been training to be an architect. My Mum loved Bob very much and talked about him a lot. He was funny and cheeky and they were very close.

Mate know it's a bit cheesy but thanks for all that service and keeping us safe and putting your life on the line for your mates and us all. It's not, nor will be forgotten mate. Russ and the 2324 Guys

All squadrons past and present

The debt we owe to the RAF both in war as well as in peacetime can never be repaid in full. My own father served with 607 during the Battle of Britain and along with all his contemporaries never spoke about their ordeal. The same will undoubtedly be true for the present generation of RAF personnel. We salute each and every one of them past and present.

All passed and present. 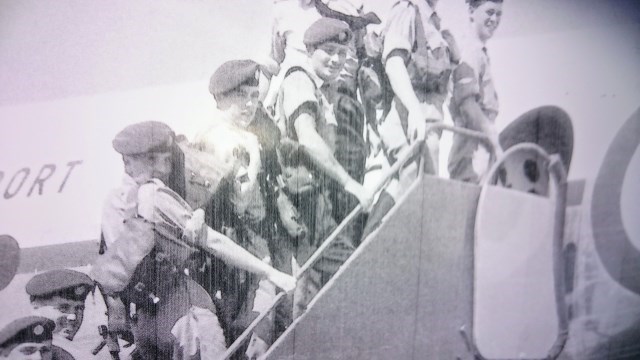 Started life at RAF bridge North July 58 cattrick for regiment training then RAF Felixstowe 48squadron various detachments over 2years RAF gan/Bridlington short of drivers at the fire section.olso got married to a Felixstowe girl.then on to Nicosia/Malaysia/cattrick finished off in akrotiri in 67 . My wife and I still say the best years of our lives after nearly 61 years of marriage and 3children.PER ARDUA. 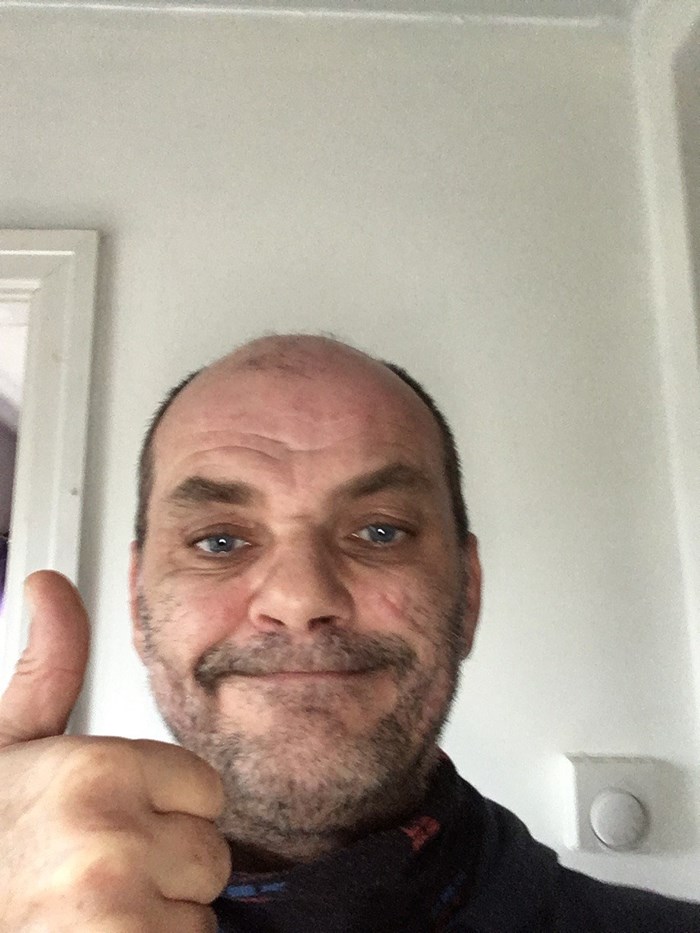 I think the work you have done and the unknown work your prepared to do is amazing, your all heroes and even in difficult times you have my support. Thank you all , Dave.

To All ‘Rock Apes’ past and present

I’ve had the pleasure of serving with many ‘Rock Ape’ squadrons on many stations. Made a few friends and bumped into some Rocks I went to school with and did basic training with. Thank you for doing what you’ve done for the last Eighty years. Happy 80th Birthday to a splendid Regiment.

Sadly we lost these to fine brave "Rockapes" back in 1988, my thoughts have never forgotten them and their sacrifice. They will always be remembered. My thoughts go out to all Families of RAF Regiment members past and present. Per Ardua.

Remembering my beloved father, a rear gunner, shot down in February 1944. He survived after being picked up by the resistance, who helped him get back home to my mum and my sister 6 months later . I was born the following year. We lost dad in 1976 but I have always been very proud of him.

My father was in the RAF Regiment from 1945-1947after being called up for National Service He served for the two years in Germany He often recalled the great times he had while serving in the regiment. He died in 2005 aged84 .

I joined as a Boy Entrant in 1959 at Royal Air Force Hereford - u/t clerk accounting. Sergeant Stocks and Corporal Diver were assigned to us are our ‘carers’ and drill instructors. Both NCOs were members of The Royal Air Force Regiment. When I look back at my time in training, both NCOs were just brilliant. From time to time, my entry, 37th, hold reunion meetings. There is always a discussion on Sgt Stocks and Cpl Diver. The question is always asked “I wonder where are they now”! 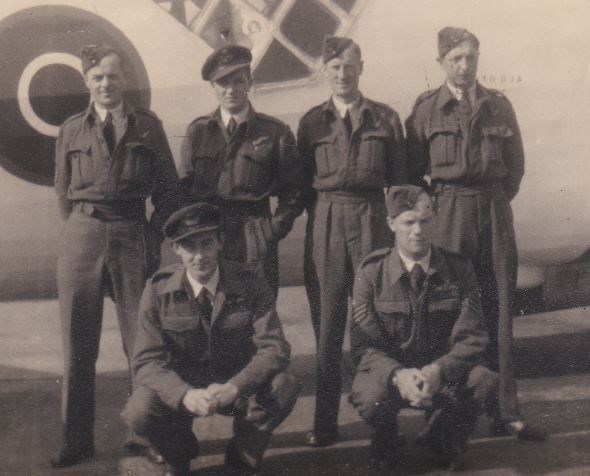 I am so proud of my Dad for what he did for his country in WWII and for keeping his counsel ever after. Despite having a protected job in the Air Ministry at the outbreak of war, he fought the Civil Service powers to release him to join the RAF. He trained to become a bomber pilot and served throughout the war, over Europe, the Middle East and in Coastal Command. Like all serving in Bomber Command, he must have gone through hell, but until his dying day at the age of 79 he never spoke about it 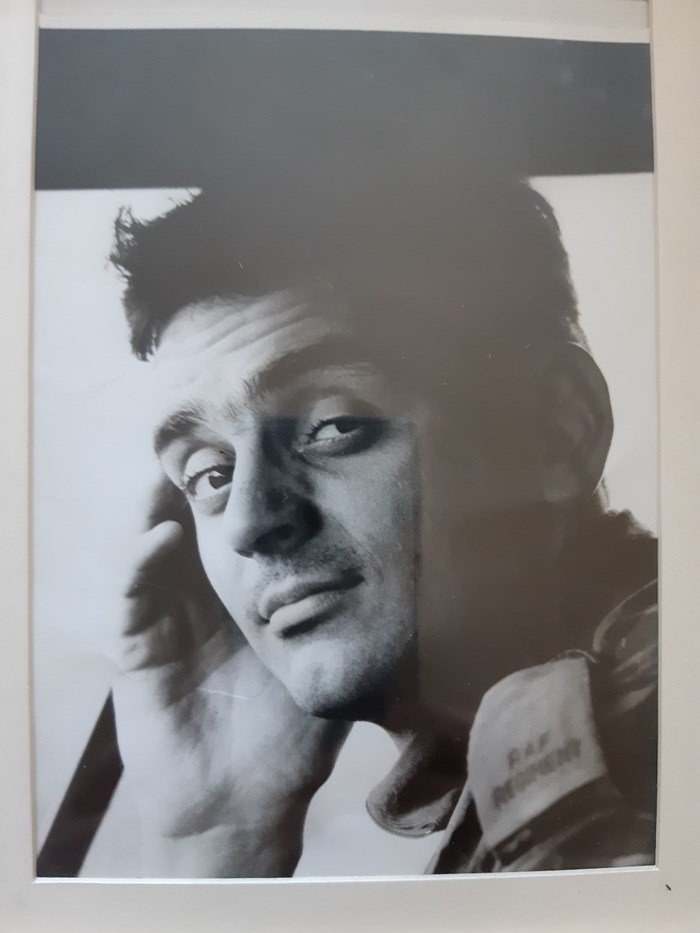 To my Father Gunner 768 D.Lee who served on 15 & 63 Squadrons R.A.F Regiment who always told me of how proud he was of the men her served with although he never really told them so, and to ask Regiment Gunners past and present thank you for your service and sacrifice. 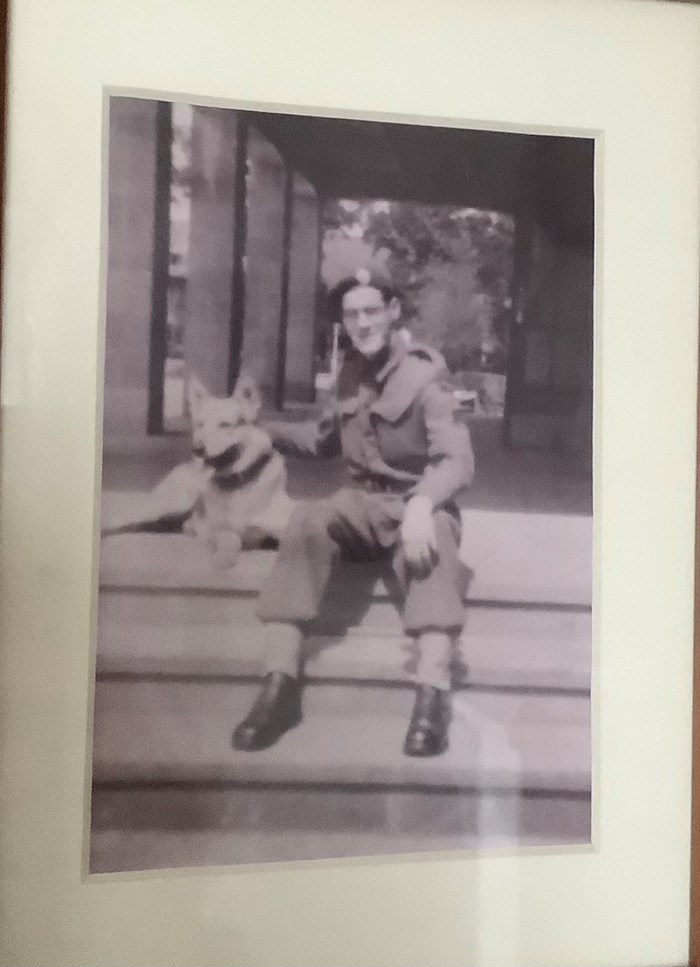 Dad, I was so proud of you. You were really proud to have served in the RAF Regiment from it’s inception & wore your regiment t shirt, polo shirt & tie with pride. You told me some funny tales when you were stationed in Germany but I know serving in the Regiment was also traumatic at times. With much love, A very proud daughter, Ruth.

My father served in the RAF Regiment in Changi Singapore in 1947/48 as an electrical engineer working on aircraft, during his national service.

All Rock Apes past and present. 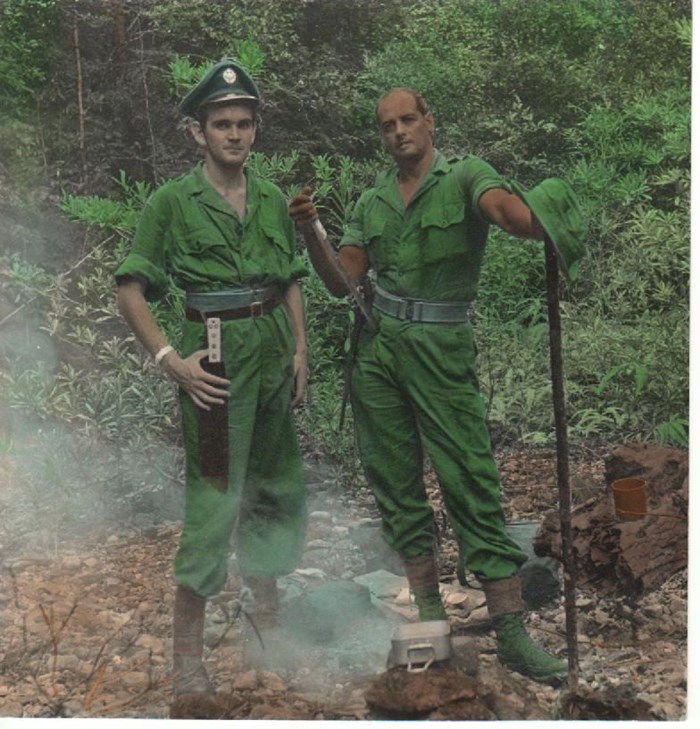 My three cousins, Martin, Reggie and Des Wheeler all did their National Service with the RAF Regiment. In the early 1960s at RAF Tengah, Singapore I was attached to 63(Field) Sqn RAFR as an armourer for around three months. Spent much time "up the jungle" during that time, wonderful experience.

ALL CURRENT AND FORMER "ROCKS"

We were always very well supported by the resident "Rocks" at Nicosia and Akrotiri, and later in the Falklands. I remember one particular 'old school' gentleman Rock who, when asked at breakfast how he was replied "Terrible old boy - I've been up all day".

The 'Rock Apes' take a lot of stick in service from the other sections of the RAF but, this is to let them know that we appreciate the defensive capability they have offered over the years. We will raise a glass to them in 'Mess' on Monday the 21st. Anthony Cooper (Principal Trustee) Ex RAF 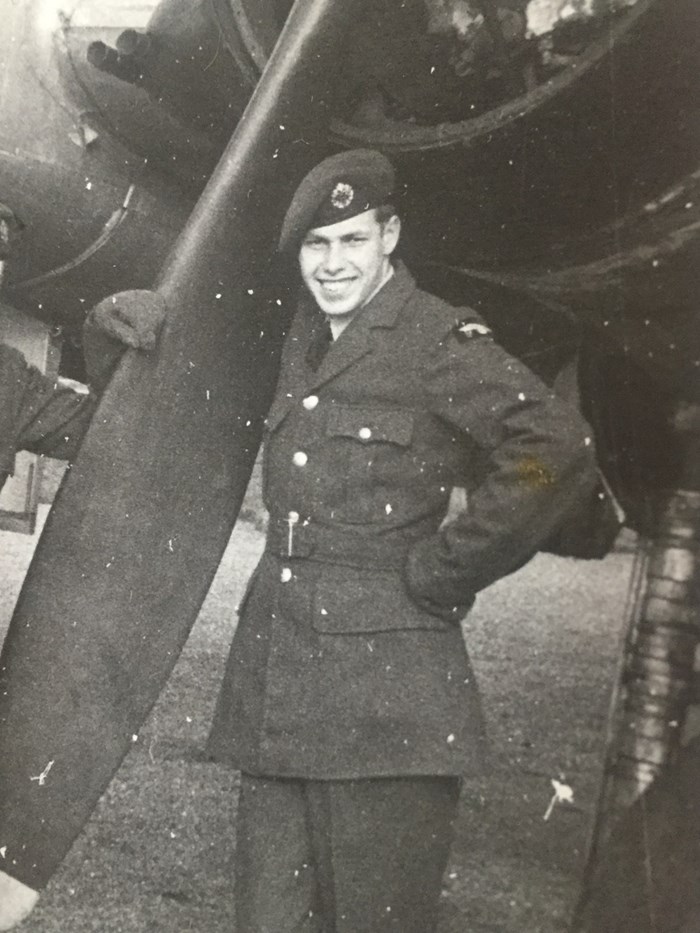 In memory of my mother’s first husband leading aircraft man Richard Hewitt who was killed returning home on leave in 1953 aged 19 and she mourned until her death in 1991. Their reunion will have been wonderful. RIP

Dedicated to Hanson Hill - known as 'Uncle Andy' to many, who served as ground crew during his time in the RAF. He will be sorely missed by all his family and friends. With love from Aunty Molly, Geoff and all the family. A donation was made to the RAF Benevolent Fund instead of flowers as requested by his daughter Valerie. Per Ardua.

To my wife Pauline Hudson.

Served in 1/15 Sqns 1966 to 1972. To my wonderful wife Pauline for looking after me through all my aches and pains over these past many years, without complaint. 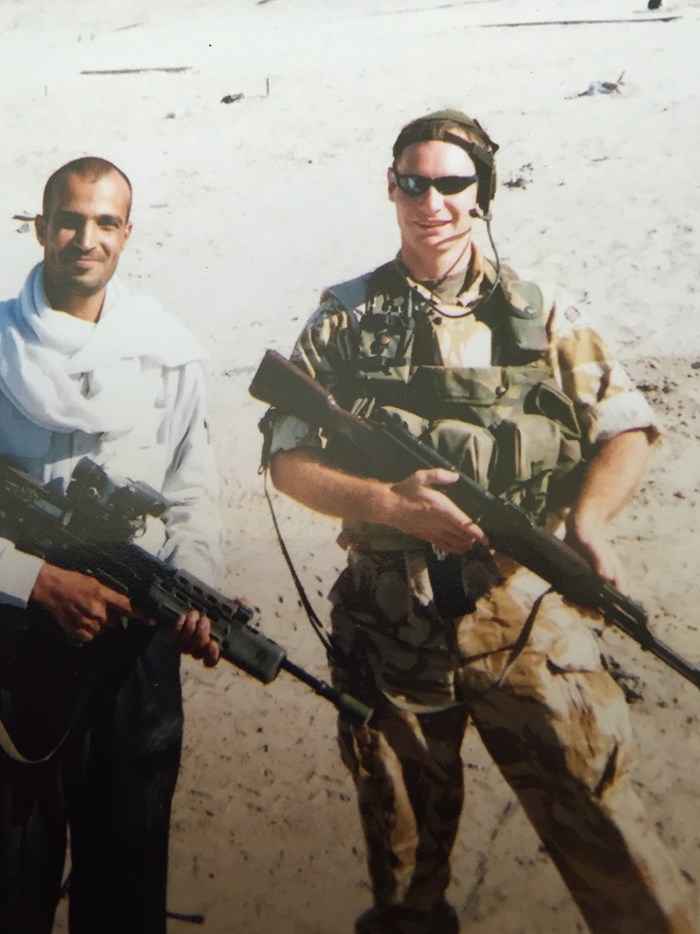 My brother Andrew Wilson (wils) joined Raf Regt on leaving school loved it was his life his passion but his life was cut short due to sky diving accident at the age of 25 in 2004 .. he lived life to the full tour of Iraq had so many brothers who all look after us now … we so proud of you but wish you were here with your crazy stories and banter I miss you each and every day .. you will never be forgotten and I know if there is a Regt in the sky that’s where you will be ❤️❤️❤️

To all who served and are serving 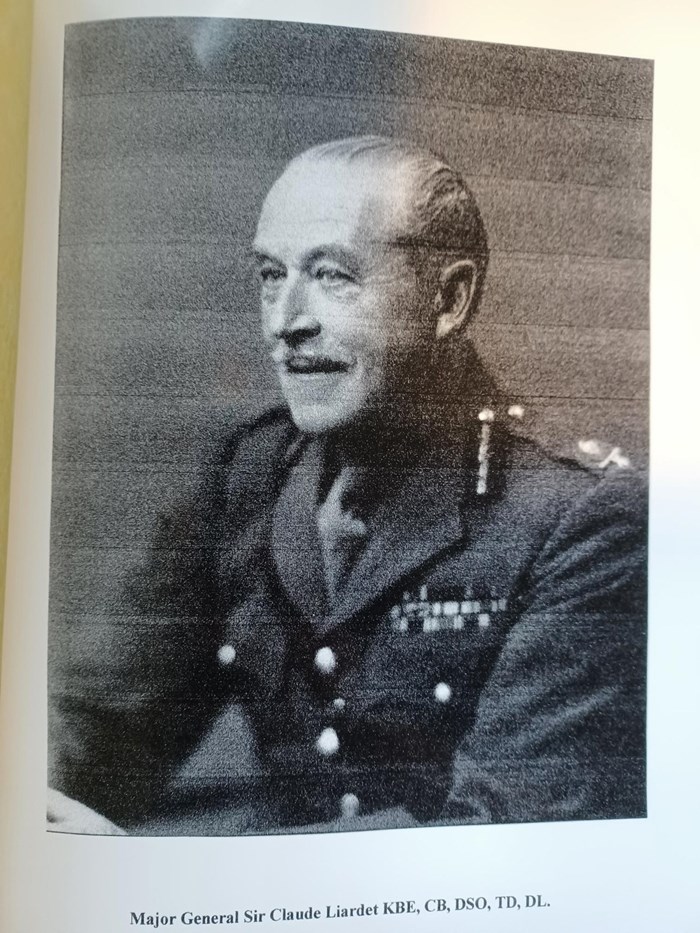 In Memory of Major General Sir Claude Francis Liardet, KBE, CB, DSO, TD, DL. (26 September 1881 – 5 March 1966). A long-serving artillery officer in the Territorial Army. He Served in World War I, during which he was Mentioned in dispatches five times and awarded a DSO. In 1941 he was appointed Inspector General of Aerodrome Defence and Director General of Ground Defence at the Air Ministry. In 1942 becoming the first Commandant General of the RAF Regiment until the end of the war. 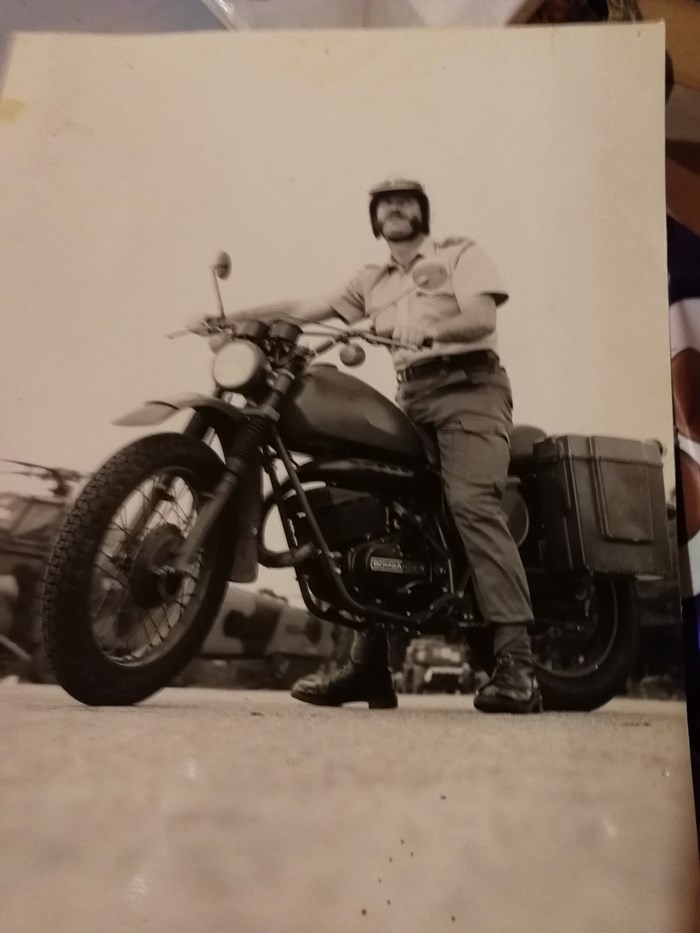 My Dad served for 22 years as a Rockape. Joining as a National Serviceman, he left the RAF in 1976, his final unit being 1(F) Harrier Sqn at Wittering. His stories that I grew up listening to are the reason I joined the RAF also. 48 years service between the two of us, he passed away 21 years ago last week. I miss him all the time and hope I still make him proud now. 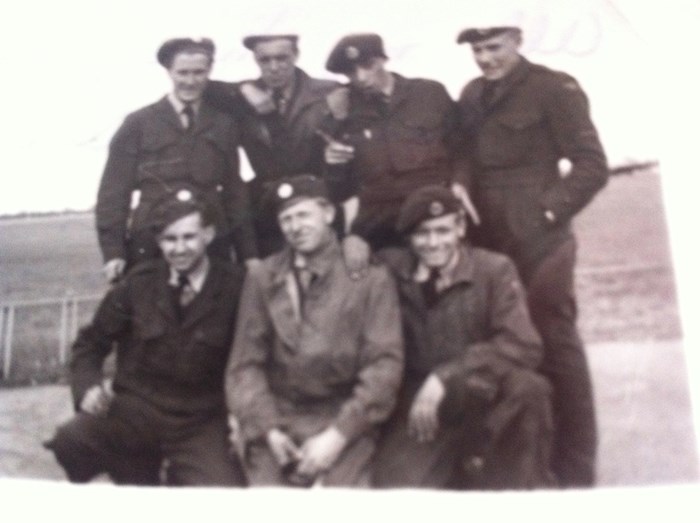 Dad loved his time with the RAF 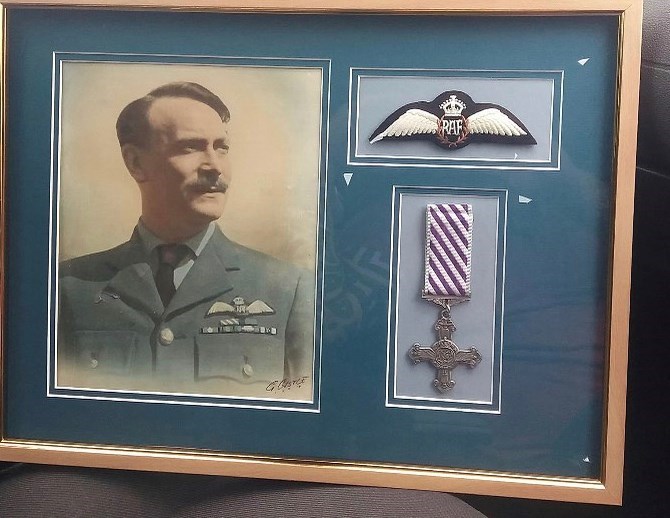 All RAF Regiment Gunners past present and future

Gone but not forgotten. Thank you for the amazing career I have had. Having served with some amazing and truly professional Gunners it has been an Honour. Stand Down and Rest in Peace. PER ARDUA NQNP

In memory of my Dad who served in The RAF as part of his National Service, many years ago. 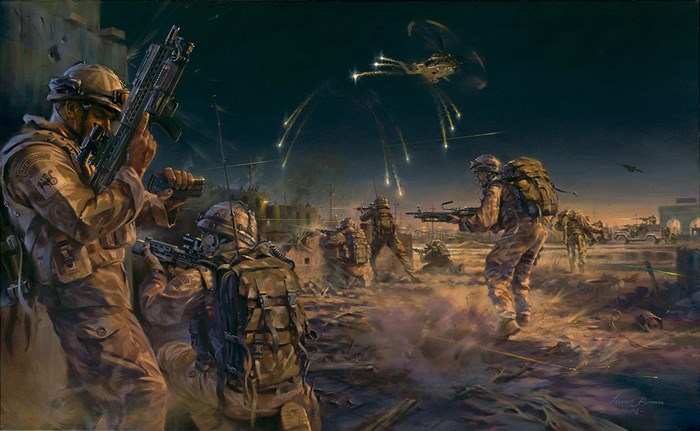 A huge thank you to all those who have proudly worn the Mudguards of the RAF Regiment. An exceptional history and bright future. Per Ardua.

Gunners past and present. 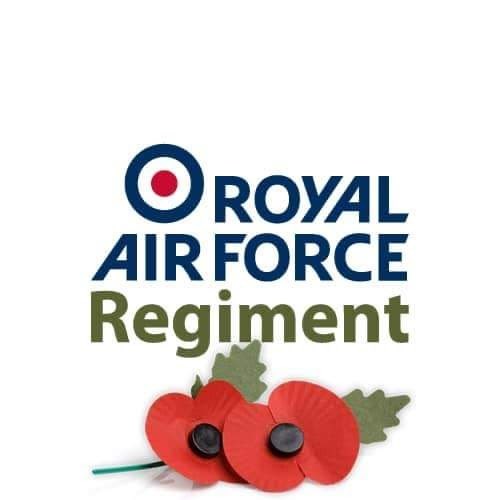 To those who are no longer with us, and those who battle everyday. Thank you for your Service and sacrifice. Per Ardua. 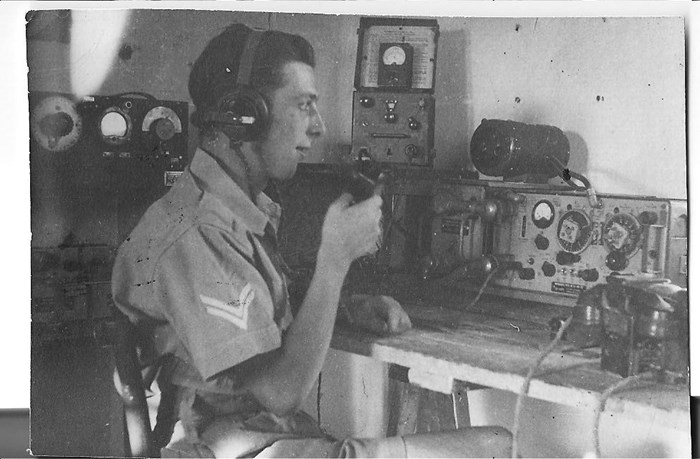 My Dad was very proud of of being a Gunner. He joined the Regiment in 1942, aged 16. Serving the entire war with 2816 Squadron, and later in 1946 with another squadron in Palestine until he was demobbed in 1947. For 40 years the boys of 2816 would get together at a Glasshouse Street pub, in London, for a reunion every 2 years. He never missed one, always going to faithfully support his squadron and his mates. He passed away in 1993. Per Ardua. 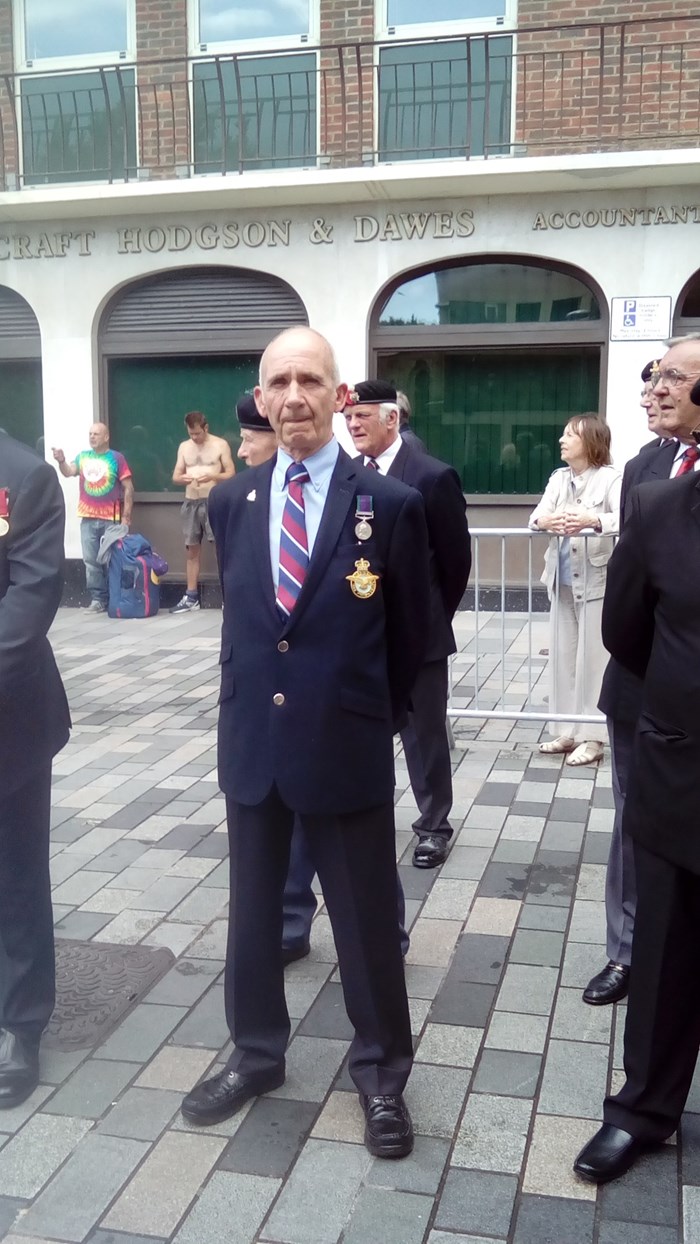 I lost my lovely Wife Eileen just over three months ago. Heartbroken now, and lost! I am former RAF, served my last at Honington, and for the first time in my life I felt I needed help. The RAFBF came to see me, and were a huge help in a very difficult time. Cannot praise them enough. 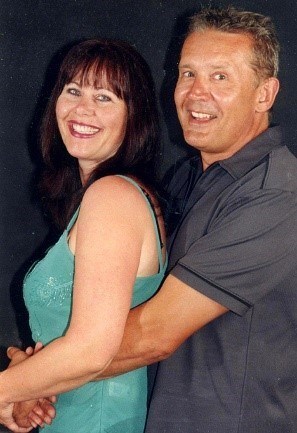 Fourteen years ago, I lost the most amazing person I had ever met, my husband and best friend Gary. Gary was a reservist with the Royal Auxiliary Air Force and deployed to Afghanistan in February 2008. He was a proud RAF Regiment gunner. My life and the lives of our five daughters changed forever when I heard the heart-breaking news that Gary had been killed. He was 51. In the wake of this devastating loss, knowing that the Fund was there for us gave me such a sense of assurance for our future.

We use cookies to improve your experience of our websites. You can read more here. OK